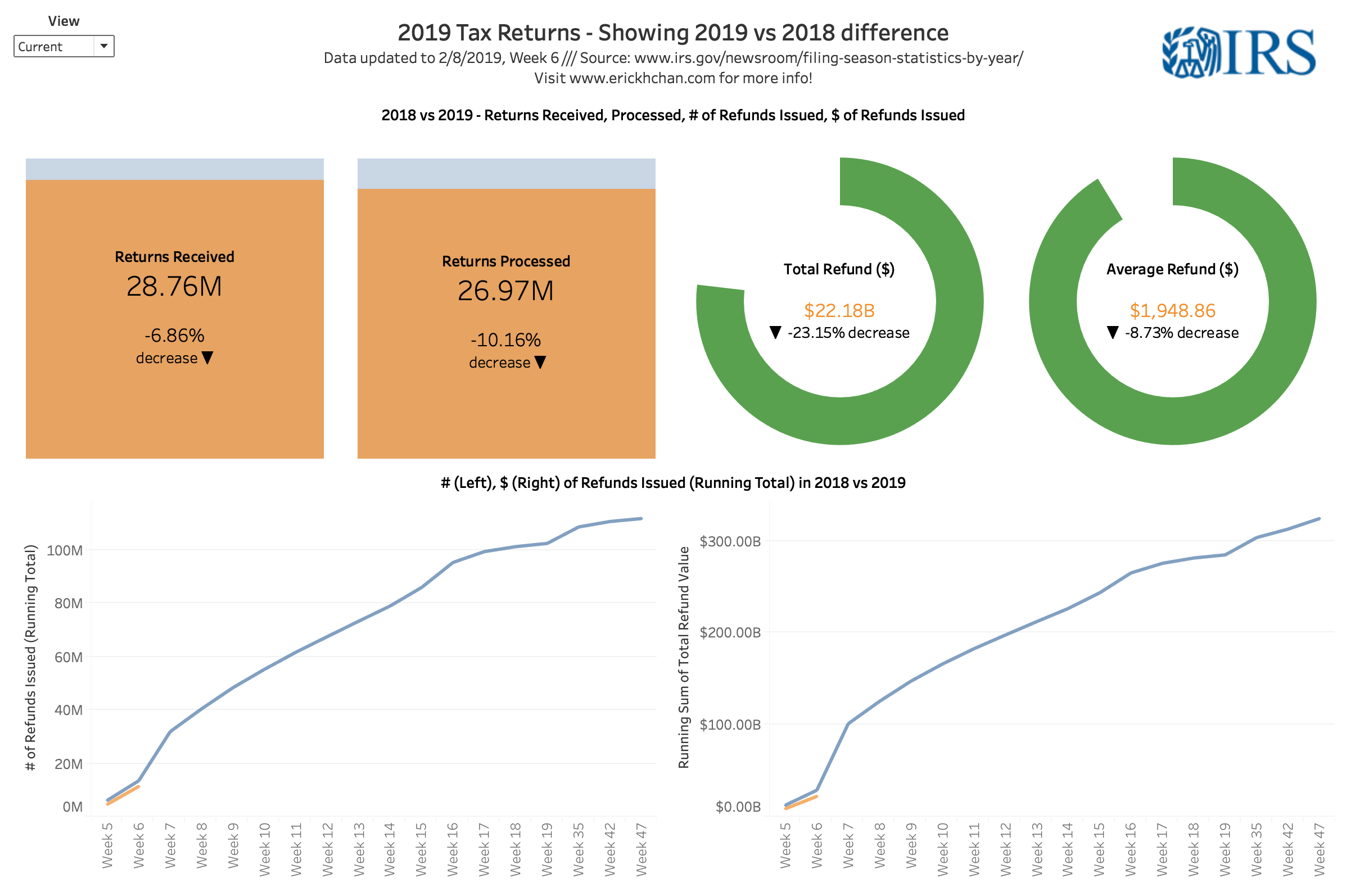 Check out the Tableau Dashboard here.

Surely no one is hyped up about a lower tax return, but there are more news articles popping up each day (Times, CBS) writing about how the tax refund is smaller this year. But is that the whole picture?

It’s too early to tell whether, on average, Americans will have a smaller tax refund this year just by looking at the data.

So what assumptions were faulty that led us to conclude tax refund will be smaller this year?

I’m just saying it’s too early to tell by just the data.

By no means I’m a tax expert, but some articles suggests different reasons for a smaller tax return. According to Times, “[u]nder the new law, many people saw less money taken out of their paychecks, which has led to smaller tax refunds.” CBS writes that it could be due to that the new tax laws “eliminated personal exemptions, increased child credits, limited popular deductions… “

Toggle on the “View” Parameter on the top left on the dashboard. 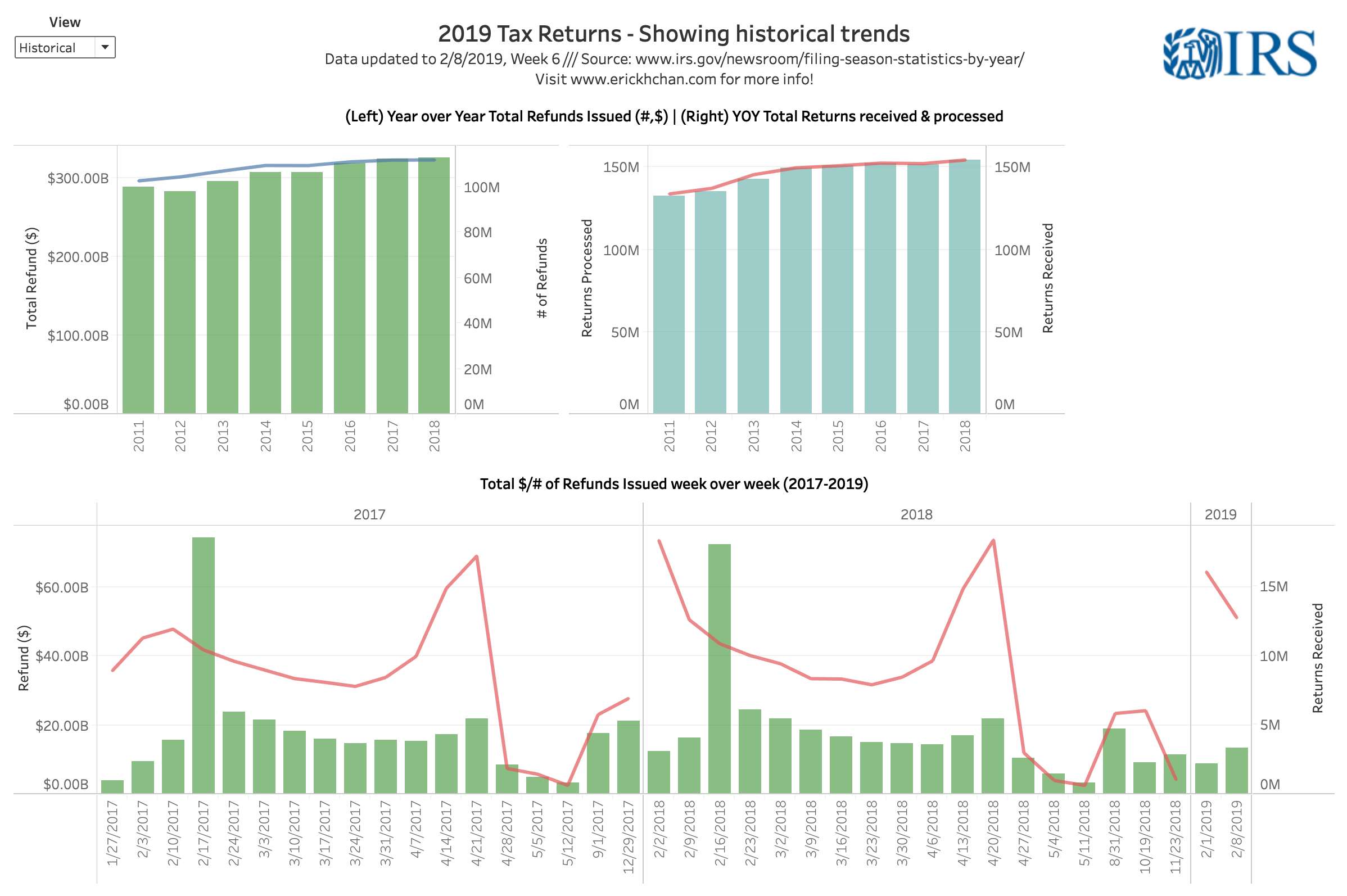 Americans - Are we early birds or procrastinators?

The bottom graph in “Historical” dashboard is a view on the Tax Refund Amount ($) and the # of Tax Refund received by the IRS over time from 2017 to 2019.

Some implications for brands and businesses:

How many Americans actually get a tax refund?

In 2017 and 2018, roughly 72-73% of Americans received a tax refund. Though interestingly, it’s curious why some amount of tax returns don’t get processed each year.

Reach out on LinkedIn or email.